The Alfred Thun & Co. GmbH, a part of the THUN group which is the leading manufacturer
of bb-sets will soon start operation in Tianjin (China). Initially, Thun (Tianjin) Bicycle Components
Co., Ltd. will start warehousing and assembling bb-sets in Q2/Q3 2017. In 2018 the
production will start after a total of 5 Mio US $ will have been invested into high-tech
equipment for cold-forming and machining of spindles.
For many years, THUN has been maintaining the leading market position in Europe with
regards to technology, quality and sales. Taking into account the booming market in China
THUN considers it to be the right time to target this market with a new facility. The idea is
to mirror leading German technology at the Tianjin factory. In line with that, both product
ranges “made in Germany” and “made in China by German technology” will be mostly
identical. Global OEMs will benefit from ISO 9001:2015 certified quality management, highest
production standards, excellent process quality and ultimate efficiency.
The twin-factory concept will also lead to an intense logistical exchange between THUN’s
German headquarters and the new subsidiary in Tianjin. Transport will also be managed by
employing the Iron Silk Road, a direct train line between Duisburg (Germany) and Tianjin
allowing a transfer of goods between both hubs within 15 days. Leaving twice a week in
both directions this train guarantees short lead times.
Also, THUN (Tianjin) will – in accordance with THUN headquarters – strictly follow safety
strategies in terms of product certification as per ISO 4210:2015 City-Trekking and MTB. In
addition to that, special bb-sets that are not certified as per these ISO standards will also
be available. They are intended to be assembled in bicycles designed for those countries in
which the ISO 4210 standard is not required.
Alfred Thun, CEO of the Alfred Thun & Co. GmbH states: “we are most happy with THUN
(Tianjin) opening soon and we thank all of our future Chinese clients who have already
welcomed us so warmly and supported us so much”. At THUN (Tianjin), Thun’s next generation
will take the lead: Christian Thun will become the subsidiary’s general manager and
will oversee operations and build strong ties with Chinese and far eastern key accounts. 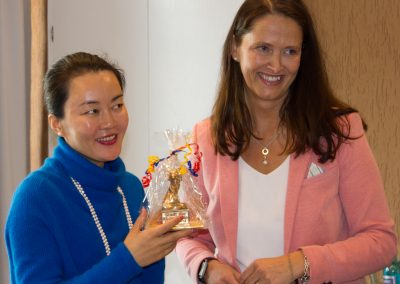 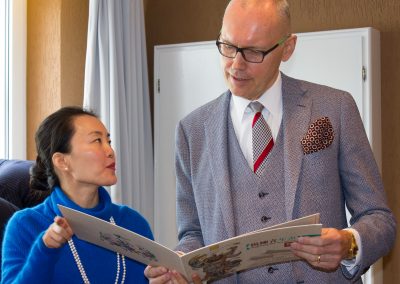