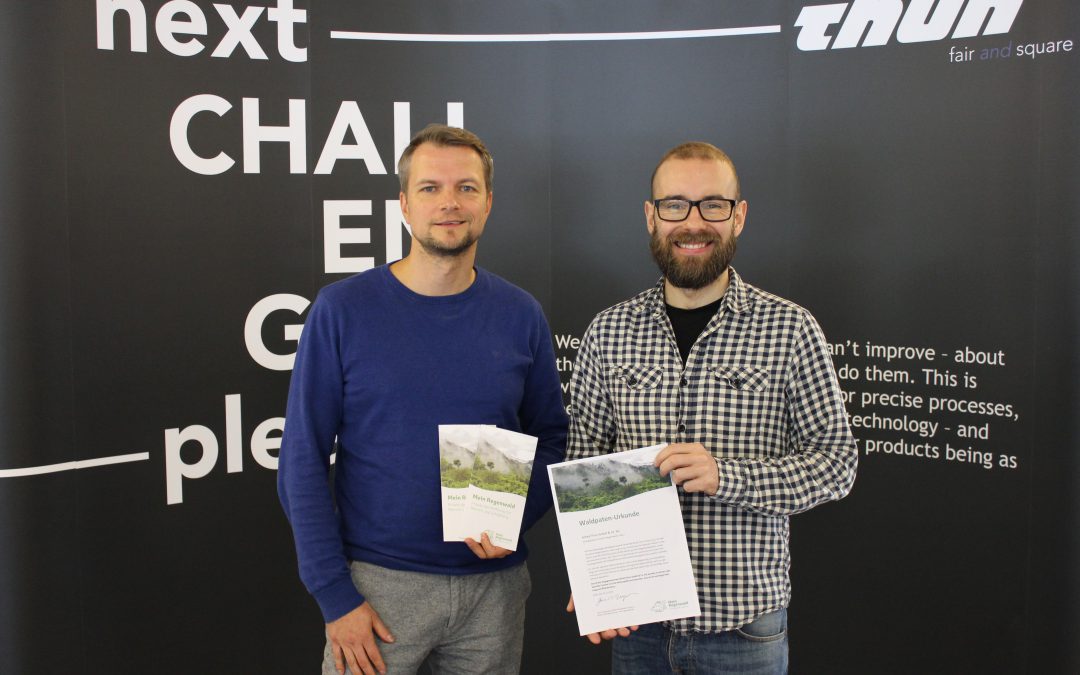 Thun has recently made a donation of €3,500 to the German rainforest project ‘Mein Regenwald’ run by the non-profit organization ‘Chance e.V.’.
Its mission is the protection and exploration of an 18,000-hectare (180km²) forest area in the Peruvian Andes. The Peruvian Forestry Authority has transferred the responsibility for this patch of tropical rainforest to Mein Regenwald so that the organization can sustain it as the country’s fifth-largest private nature reserve and support the neighbouring farming villages in sustainable development and their fight against poverty.
Alfred Thun, CEO of Alfred Thun GmbH & Co. KG, states: “The world’s rainforests are under severe threat from loggers, poachers, corrupt officials, land grabbers and agricultural investors who are exploiting the land. The preservation of the rainforest not only plays a significant role in mitigating the global climate crisis but also secures the home and habitat of many indigenous people and numerous animal and plant species.”
With its donation Thun saves 60 hectares of rainforest from destruction. The company’s rainforest commitment offsets approx. 600 tons of CO2 per year.
Jens Bergmann, first chairman of Chance e.V., visited Thun in Ennepetal, Germany, last week and handed over the sponsorship certificate. A future corporation between Mein Regenwald and Thun was discussed and could be intensified in so far that Thun increases the rainforest area that it preserves to an extent that offsets the company’s entire CO2 footprint.
“We are currently exploring the possibility of CO2-neutral production. By avoiding, reducing and compensating our company’s CO2 emissions we are striving to get there in the near future,” comments Alexander Thun on Thun’s first steps towards a holistic and formalized CSR and sustainability strategy.